Why Visiting Ladakh In Winters Should Be On Your Bucket List? 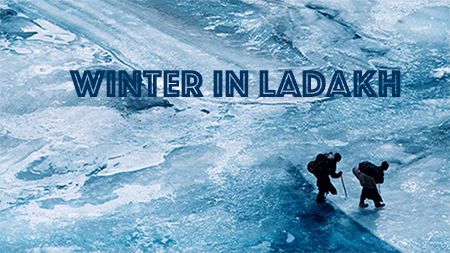 A newly formed union territory, Ladakh leaves you with jaw-dropping landscapes, alpine meadows, rustic heritage and pristine lakes with dramatic backgrounds. It is a popular destination among photographers as it offers the clearest night skies or magnificent wildlife local to this area or dramatic landscapes adorned with barred mountains - the list is endless. It is an absolute delight for nature enthusiasts too.

Home to some of the highest motorable passes such as Marsimik La, Khardung La, Chang La, Ladakh invites several motorists every year. With some unmatched treks like the Chadar Lake, it is also among India's top trekking destinations. 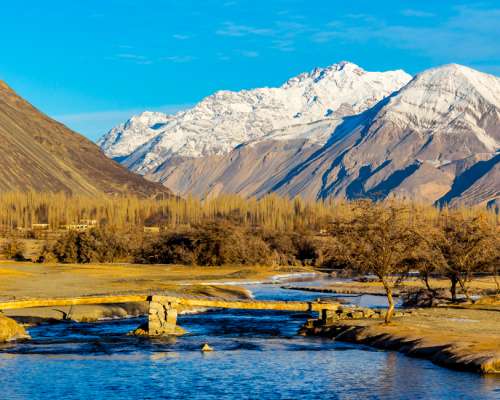 Ladakh in winters is a solid concoction of spell-binding and unpredictability. But, this white fantasy is what lures the adventurers, backpackers and nature lovers to this land of wonders.

If you're planning to visit Ladakh during the winter season, here is a list of things you must definitely do:

Top Things to do in Ladakh during winter season

Top Places to Visit in Ladakh in winters:

Some of the amazing places to visit in Leh Ladakh includes the  Fun Fact: The exact replica of the stupa is situated in the city of Delhi at Millennium Park, Indraprastha.
Some other tourist attractions include Drass War Memorial, Thiksey Monastery, Donkey Sanctuary, ChangLa Pass, Sand Dunes at Hunder, Turtuk, and many more.

What is the best time to visit Ladakh?

The ideal time to visit Ladakh is from April to June. However, the winter season in Ladakh begins from October and proceeds till February. During this time, the whole area gets covered in a blanket of snow. Places such as Kargil experience cruel winters and Drass becomes the coldest spot on the planet. Despite the fact that the hefty snowfall prompts the incessant blockage of streets, Ladakh is open through flights.

How to reach Ladakh in winters?

Winters start from November and continue till March in Ladakh. If you are a regular traveller who loves road trips, then the best way to travel to Ladakh is by road. But the roads remain open only till November end and get closed after that due to heavy snowfall.
If you want to travel to Ladakh in December -January, the best and only way is by air. The nearest airport is located in Leh - Kushok Bakula Rimpochee Airport. There are frequent flights available from Delhi to Leh almost every day. Air India, Jet Airways and Go Air are the only companies that operate on the Delhi to Ladakh flight route.  best ladakh package with flight
You can travel by bus or taxi after landing down at Leh airport. You can also take your own car if you go there before November ends.
By Road: The best way to enjoy the journey is by road. Since, Ladakh is the land of high passes. The Manali-Leh Highway and Srinagar-Leh Highway are the two main highways that are only open for travel from June to October or July to November. You can drive yourself or take many HRTC or  SRTC buses.
By Train: The closest railway station is 708km away located in Jammu. Jammu Tawi Station is directly connected to some of the major cities such as Delhi, Kolkata, Chandigarh, etc. It is a 15 hour drive to reach the main city of Leh from Jammu. Hire Taxis are readily available outside the station.
Share With: