Someone has rightly said, “Tasting the foods of different places is one of the many reasons to travel.” The mild-flavored traditional delicacies of Ladakh is nutritious and lip-smacking, thus, making your travel complete.

The climatic condition, rough terrain, lifestyle and an agricultural economy based are few factors which gave rise to the traditional delicacies. The staple food of the people of Ladakh is Sku, Thukpa, Chutagi made of wheat flour, Paba made of roasted barley flour (Ngamphey) and Khambir local bread.

Whether you are vegetarian or non-vegetarian delicious traditional palate is waiting to be served.

So here we are listing some must have taste buds while you are in Ladakh, the land of high passes:

1. Khambir:  It is local bread prepared with wheat flour has a thick crust and brown in colour. It is mostly served for breakfast with curd, butter, apricot jam or butter tea. 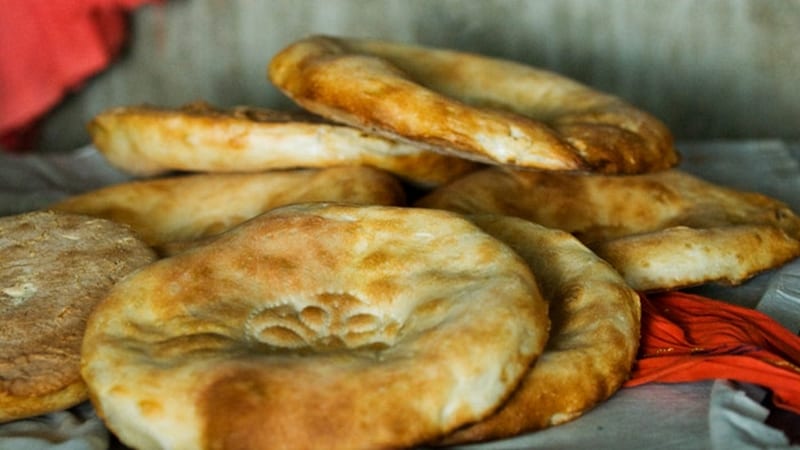 2. Butter Tea:   Butter tea is the most common and famous tea of Ladakh. The key ingredients of the tea are salt, milk, and butter. It is best served during breakfast with Khambir, local bread, roasted barley flour, Ngamphey. 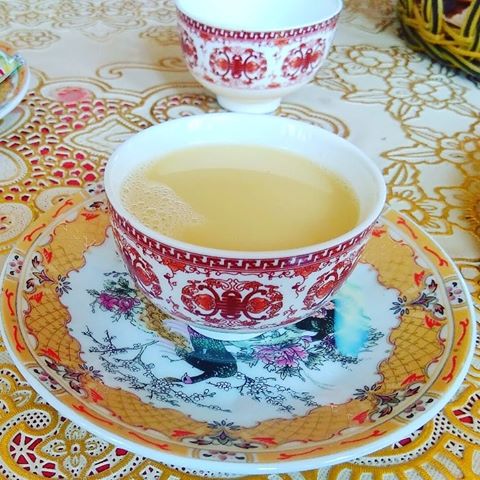 3. Paba and Tangtur: Paba and Tangtur is once the staple food of Ladakh. The food is perhaps the most nutritious one and stomach filling. It is often carried as lunch during the fieldwork in villages.  Paba is made of roasted barley flour (Ngamphey)or sattu. It is like bread eaten with Tangtur or Zathuk. Tangtur is made of buttermilk or yogurt added with some green vegetables for taste. Zathuk is made with Nettle locally known as Zatsot. The wild vegetable is grown in rocky slopes. The nettle soup, Zathuk is best eaten with Paba specially in winters. 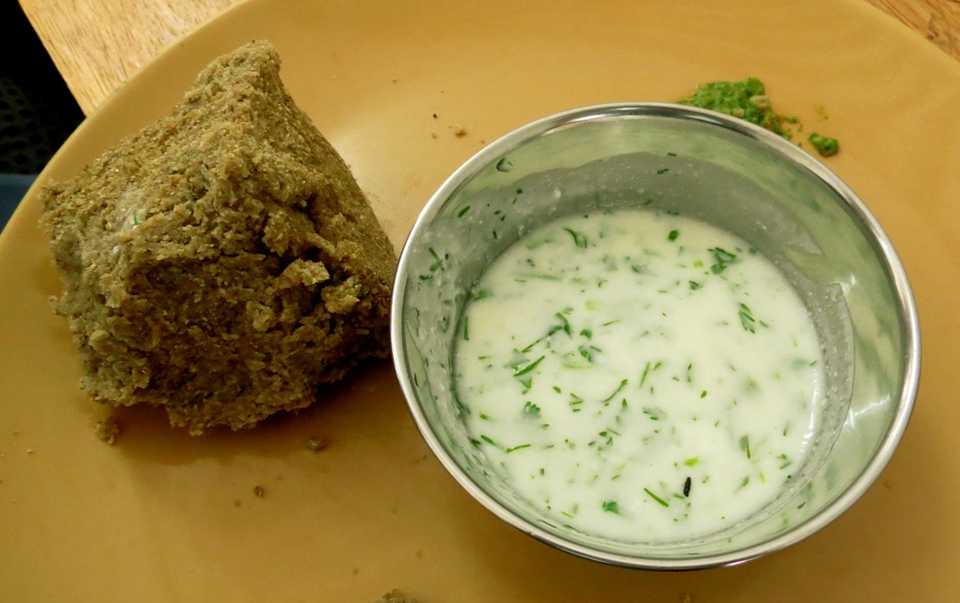 4. Tapu:  Tapu, is mostly prepared and eaten by the people of Sham region. It is prepared with wheat flour shaped into small balls. The wheat balls are boiled in water and added with grinded apricot seeds. The dish has high nutrition value.  It can be eaten during breakfast, lunch or dinner.

5. Paktsa marku:  Historically, Paktsa marku is served during first Tibetan holy month, when the devotees fast and are not supposed to eat food like onion and garlic.  It is prepared with wheat flour shaped into small balls boiled in water and later added with dried grinded cheese known as Churphe and sugar. The food is famous in Zanskar and Changthang.

6. Chang:  Chang is a local beverage made of fermented barley with yeast. It is brewed in a wooden drum locally known as Zem. Chang is served best with a spoon full of roasted barley on top of the glass. Earlier, during agricultural practices, farmers used to drink a glass of Chang for energy and to quench the thirst. 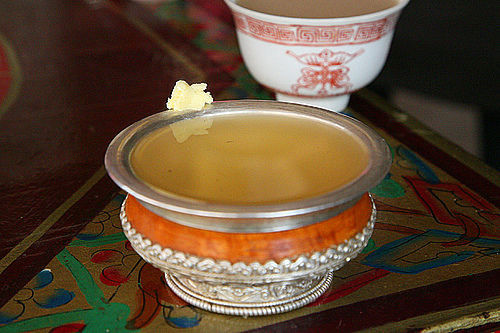 7. Chutagi:  It is one of the famous traditional dishes of Ladakh. Chutagi is prepared with wheat flour dough shaped like a bow tie dumplings cooked with a thick soup of mixed vegetables such as peas, potato, spinach, carrots or mutton. The dish is best eaten during lunch or dinner and is served in both veg and non-veg.

8. Sku:   Sku is a daily dish and one of the most loved foods by the locals. Similar to Chutagi, Sku is also prepared with wheat flour shaped into small balls cooked with vegetables, such as carrot, turnip, potatoes, peas and spinach. For a non veg lover, mutton sku mixed with some vegetables, specially turnip or potatoes is the most preferred.
Another version of Sku is ‘O Sku”, in which the small wheat balls are cooked with milk. It is most commonly prepared in villages.

9. Thukpa:  Thukpa is a noodle soup with assorted vegetable, chicken or mutton soup. It is best served with fiery chutney further enhancing the taste. This mouth watering cuisine is best to have during cold weather or you can have it whenever you feel so. 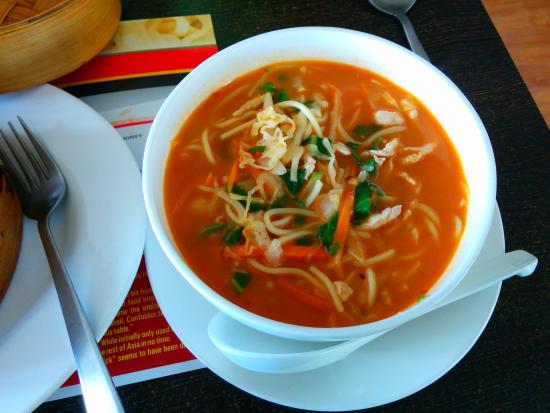 10. Thenthuk:  Unlike Thukpa, Thenthuk is prepared with wheat flour dough cut unevenly with soup. It is also a daily dish of the locals. It is also served in both veg and non-veg.

11.  Momo:  Actually a Tibetan delicacy, Momo is popular throughout the region. the dumplings are stuffed with minced mutton or chicken seasoned with fine-chopped onion, salt, black peppers. It is cooked in a specially designed steam utensil locally known as Mokto. The dumplings are served with hot soups and chilly sauce. It can be prepared with mixed vegetable. You can enjoy the fried momo as well. 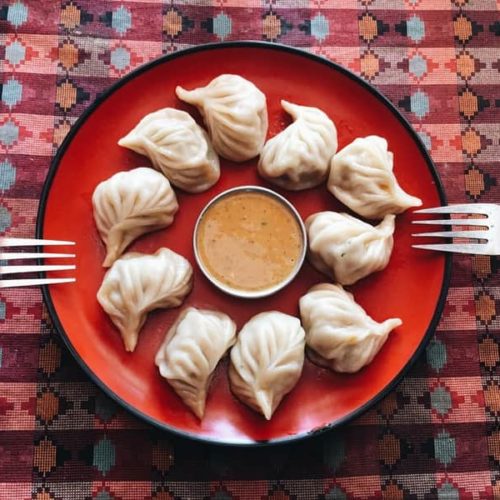 There are many restaurants or taste the traditional food in fares and festival if you prefer. During the peak summer season you can enjoy the local foods along with local product shopping at Traditional food and craft exhibition held every Sunday at main market. Also, a traditional food festival named Mamani is also celebrated in Kargil for three days.

The traditional foods of Ladakh indicate the simplicity of ways of life of the people. So, enjoy the local meals and learn lot more about the culture aspects of the region