8 Most Popular Tours in Ladakh

Ladakh has always been a famous destination for adventure seekers. The extreme climate and vast landscape makes you want to keep going there. In the past few years, Ladakh is becoming a popular location for different tour themes including nature, leisure, wildlife, and road trips. Wellness tours are not as popular in Ladakh but the market is growing gradually because the beautiful nature makes you think about life and unwind all the stress, so you are ready to take on your schedule with a fresh mind.

Here are seven types of tours you can take to Ladakh: 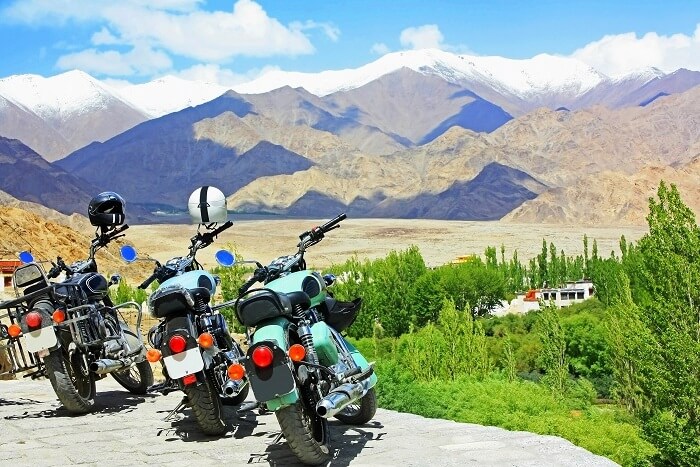 Ladakh is known for its charismatic bike tours, an opportunity you should grab right away. The best thing about bike tours is that you can set the duration and stops as per your comfort. They usually start from Manali or Delhi and cover almost 3,000 kilometres of distance. If you plan to take the Manali - Leh route, you will need at least 12 days to cover the distance. From Delhi, it is longer and takes at last 14 days.

A typical bike tour from Manali to Leh looks like this -- Manali to Jispa to Sarchu to Leh. You will reach Leh on the fifth day. From there, you can travel to Sham Valley and stay there overnight. Get up early and travel to Nubra Valley via the Khardung La pass. Stay overnight in a camp and travel to Pangong along the Shyok river the next day. Take an overnight break before you head to TsoKar following day. After another overnight stay, drive to Jispa and then Manali. 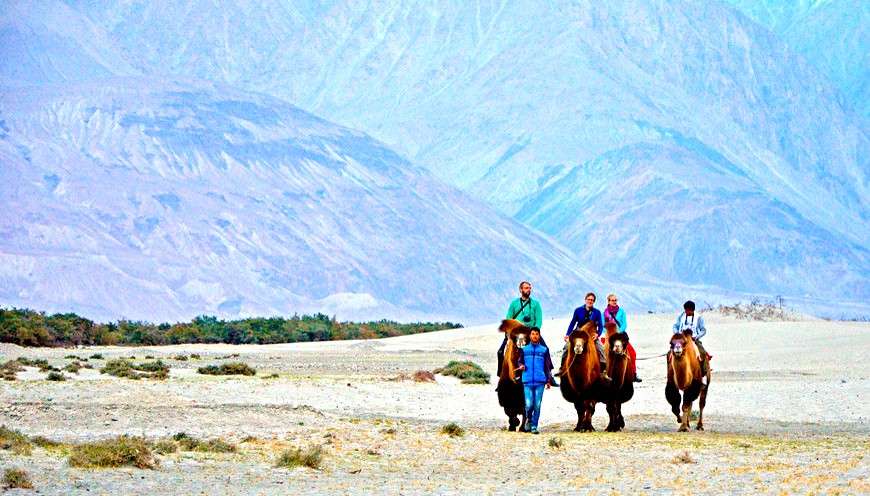 In summer, Ladakh makes an amazing destination for a wellness retreat. Engage in relaxing activities including two days of easy trekking in Hemis National Park and luxurious two-night stay at a beautiful camp in Nubra Valley. Take the Bactrian camel safari in Hunder on one of the evenings and have a hot bowl of thukpa later. Hunder is the last Indian village and only seven kilometres away from the Pakistan border.

You can visit Ladakh in September and participate in 7 km Run Ladakh for Fun, which is one of the races hosted as a part of the Ladakh marathon. It is a great way to push your limits and test your strengths. 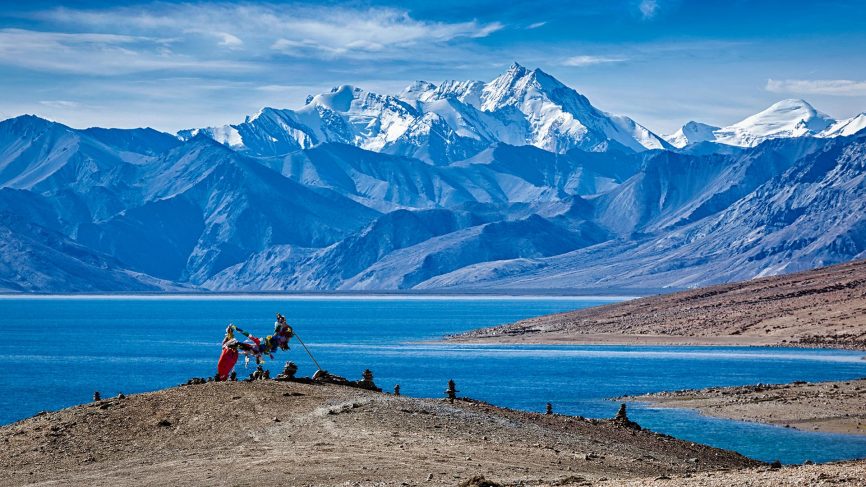 How wonderful it would be to idly sit on the bank of Pangong Tso lake and not have a worry about the world. Pack your bags and head to Ladakh for an instant getaway from work and indulge in some leisure therapy. Choose lakes and rivers in valleys including Spiti Valley, Nubra Valley, or Zanskar Valley or less known lakes like Tso Moriri, Nyak Tso, and Chilika Lake for your trip. You are constantly surrounded by the chirping of birds and the light wind in your hair will keep you happy all day long.

Ladakh is a trekker’s dream come true because there’s a trek for you in every season. Most of the summer treks are easy as the temperature is more favourable. Stok Kangri Trek, Markha Valley Trek, and Kashmir Great Lakes Trek are three of the best spring-summer treks. If you want to take the trekking experience to a whole new level, go either on the Snow Leopard Trek or Chadar Frozen River Trek in December. Some other treks that we love include Padum to Darcha trek, Nubra Valley Trek, and Jhunglam Hemis to Padum Trek. Each of these treks is unique because they cover different parts of the region. Some are cultural, while others are historical but you will enjoy all of them equally. 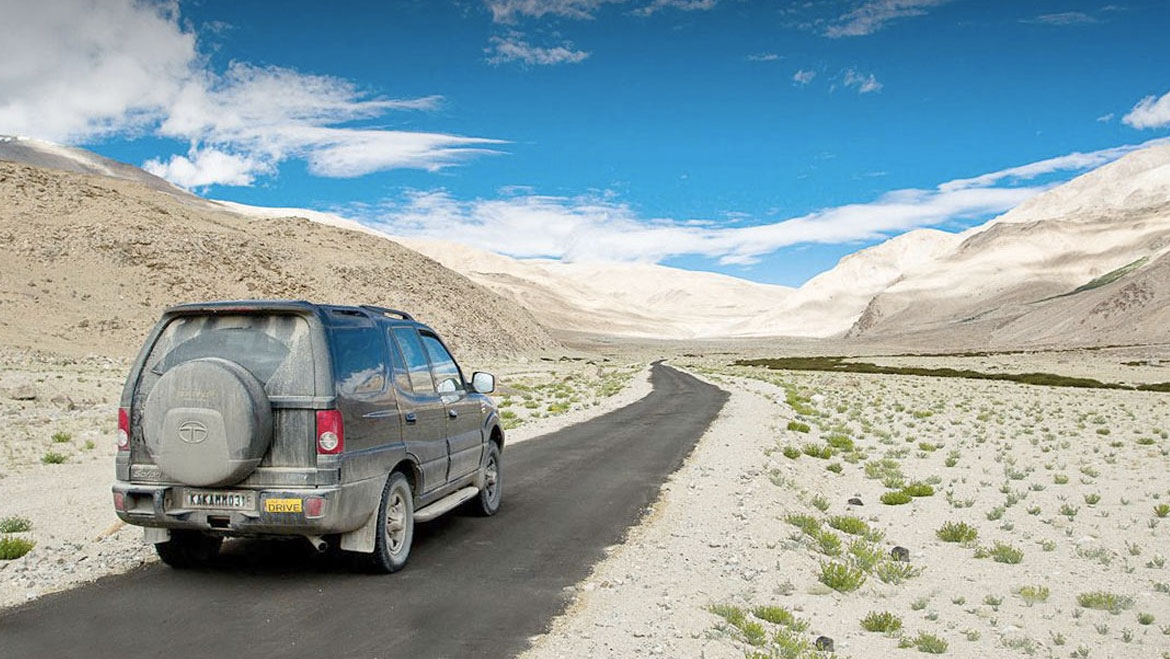 If you and your friends are planning a memorable trip, there’s nothing better than a road trip to Leh. Take the same route that we mentioned under the bike tour point but start from Delhi instead of Manali. You can also combine it with a road trip across Himachal Pradesh and visit Srinagar as well. The entire Delhi - Manali - Srinagar - Leh road trip will take you 25 to 30 days. After you reach Leh, reserve one day for a short trip to Tso Moriri Lake, which is located at an altitude of 4,522 metres. It is one of the highest saltwater lakes and home several migratory birds, most of which are endangered including black-necked cranes, great crested grebe, bar-headed geese, and brown-headed gulls. 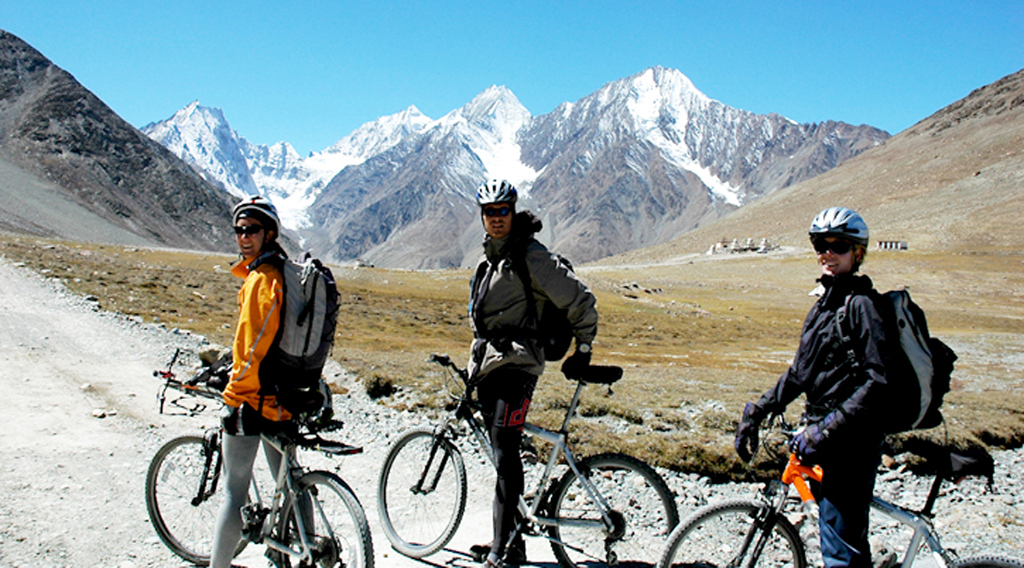 Cycling at a high elevation in a cold climate has its own thrill. One of our most favorite bike cycling tours is the Manali to Leh tour starts in Manali and takes you to Marhi to Sissu, where you can stay overnight. Spend the next two days admiring the raw nature around you and leave early morning on the third day to cycle your way to Jispa. After a 32-kilometre ride, you will reach Patseo. Relax for a while before you start riding to Sarchu, which is 60 kilometres away. Stay overnight in Sarchu and start your journey early morning to Pang, which is 84 kilometres away and takes eight hours. Stay in tents for the night in Pang and leave early in the morning for Tso Kar.

After another overnight stay, start riding towards Rumptse the following morning. This is the last leg of your journey as on the next day, you will reach Leh. The whole trip takes roughly nine to 10 days but you extend it by relaxing for three - four days in Leh.

Ladakh’s snow leopard is one of the most breathtaking animals of the Himalayas. It is a rare opportunity to grab a glimpse of the majestic creature but going on a Snow Leopard trek/expedition can make that happen. It is a 14-day tour that is hosted between November and March as the snow leopards become more mobile when the temperature drops in Ladakh. The trek takes place in Hemis National Park, located in the eastern part of Ladakh. You will also get to see another Ladakhi animals including Tibetan wolves, horned sheep, blue sheep, and Eurasian Brown Bear.

It is one of the most extreme treks you will ever go on as you will be spending five days in the national park and sleeping in tents in freezing temperatures. If you don’t like the cold and still want to enjoy Ladakh’s wildlife, you can camp at Pangong Tso and Tso Moriri lakes to watch migratory birds that come to Ladakh between April and May. Suru Valley is the ultimate destination for bird lovers as it is home to a number of endangered bird species including Fire Capped Tit Cephalopyrus flammiceps, Little Forktail, and Longbilled Bush Warbler Bradypterus major. 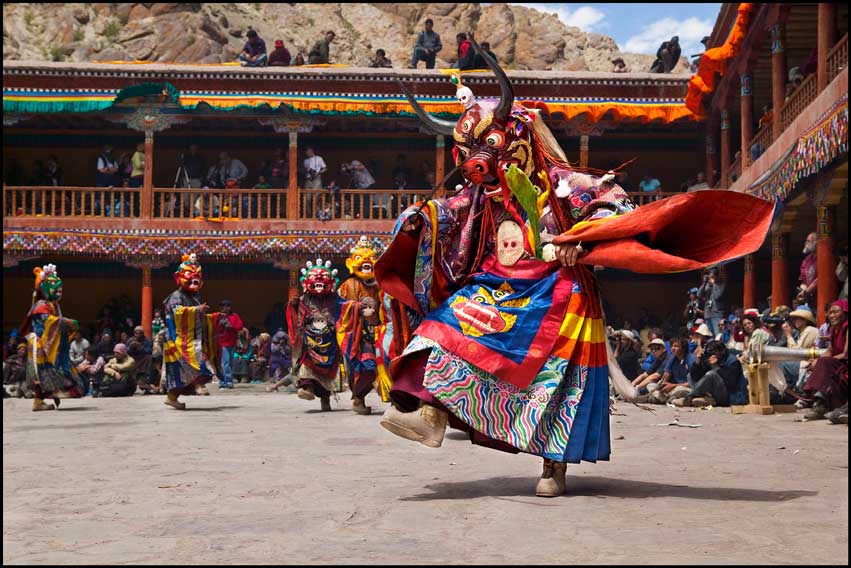 Visit Ladakh in July to attend the region’s biggest festival hosted at Hemis monastery in July. People from across the globe visit Ladakh to witness the festival, which goes on for two days. During the festivals, monks dress up in colourful masks and costumes to thank Padmasambhava, an Indian Buddhist scholar from the 8th century, for defeating enemies of Buddhism. You can plan an art and cultural trip around the festival and visit Shey Palace, Shanti Stupa, Thiksey, Alchi, and Shey monastery, Kargil War Memorial, Chamba monastery, and Sindhu Ghat. All these monuments hold significant importance is building the history of Ladakh.

Call up your friends immediately and start planning your Ladakh trip right away.
Share With: