Best Time To Visit Ladakh
Everyone who loves adventure has Ladakh at the number one place on their travel bucket list. The harsh climate, vibrant Tibetan culture, delicious food, and stunning sunsets make it the perfect place to travel throughout the year. The blue lakes and steep valleys only add more to its beauty. While you get to be a part of several Ladakh  festivals during the summers and enjoy pleasant weather, the winter season has its own charm as you can trek on the frozen Zanskar River, which is a part of the world’s most adventurous trek, the Chadar Trek. It is completely upon you to decide what time of the year you want to visit Leh-Ladakh, which depends on the level of thrill and adventure you seek. In the section below, we have divided seasons in Ladakh according to the months to help you make the right choice: 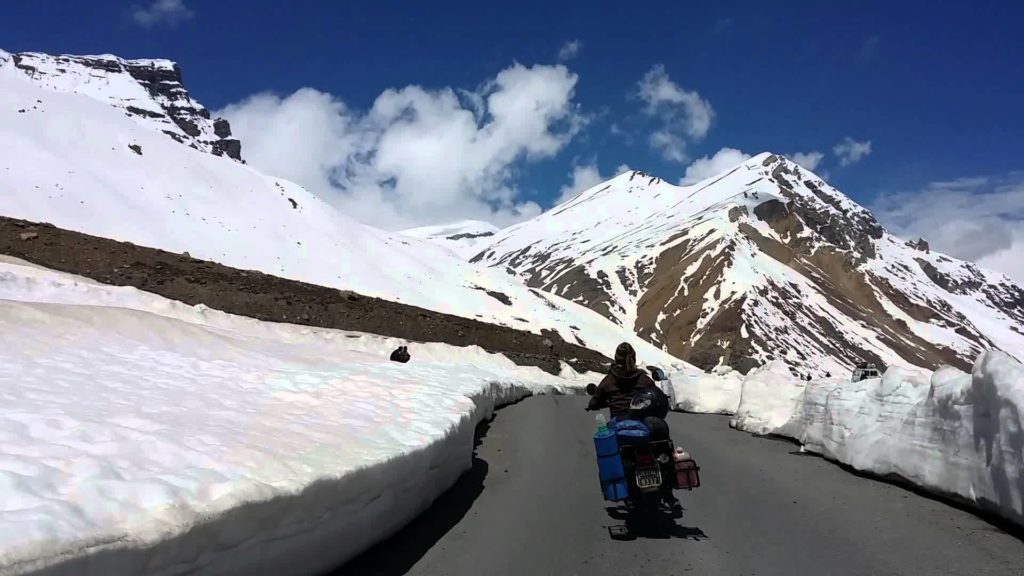 1. April to Mid-May
Ladakh is the warmest between April and mid-May, so the place is full of tourists. The temperatures reach 16°C during the day and drop to 3°C in the night. The hotels, restaurants, and adventure sports rates reach their peak. It is a great time to visit Ladakh if you want to camp out in the open. Two of the best campsites in the region are Pangong Tso and Tso Moriri Lake. While Ladakh is covered in snow all year round, the snow starts to melt during late April, which brightens up the place with red, orange, and green flora at the beginning of May.

If you want to pass through the iconic Chang La and Khardung La passes, you won’t be able to do because they are still covered in snow.

2. Mid-May to July
If you are interested in capturing the Ladakhi culture at its best, mid-May to July is the perfect season for you. In July, the Phyang monastery hosts their annual festival, which is called Phyang Tsedup, the Lamayuru monastery hosts Yuru Kabgyat, and the Hemis monastery hosts the Hemis Tsechu festival. The biggest attraction during this season is the Sindhu Darshan, which is a three-day festival hosted on the banks of river Sindhu in Shey Manla, Leh. best road trip in summer wonder of ladakh
It starts on June 12 and ends on June 14. During this time, senior lamas offer Buddhist prayers for the good health of Indian soldiers who have protected us bravely at the border for all these years. It is also the time when the Srinagar-Leh highway, Manali road via Rohtang Pass, and Baralacha Pass open for around seven to 10 days. The snow around these areas isn’t entirely molten and you get to see a beautiful mix of greenery and snow in the cold desert.

3. August to Mid-September
During this time, the rivers are gushing with water as Ladakh welcomes the monsoon season. While it is risky to visit Ladakh between August and mid-September because the chances are landslide are high, you can visit the rainshadow areas that begin after crossing the Zoji La Pass and Baralacha Pass that lead to Srinagar and Manali respectively. You must take all necessary precautions because these are two of the most difficult passes to travel through in Ladakh.
Overcast conditions prevail all over Ladakh, so you won’t get to see a clear sunrise and sunset. It is a nice time to visit if you want to relax, take long walks, and eat tasty thukpa, momos, kulcha, and yak butter tea.

4. Mid-September to Mid-October
Ladakh is full of mesmerizing colors between mid-September and mid-October as you will see the  Srinagar-Leh highway and Manali-Leh highway in its complete glory. A lot of adventure seekers and youngsters visit during this time and the cold winds are just starting to make their presence feel. If you visit during this time, you will get to experience the Ladakh Festival, which is hosted all across the region between September 1 - 15 every year.

All lakes melt and the water turns into a lovely shade of blue. You can participate in Raid-De Himalayas Rally and also camp near water bodies of Ladakh.

5. Mid October to Mid-November
You will barely see any tourists visit during this time as the temperatures reach sub-zero levels in places that located at a height of 14,000 feet and above. Many hotels and restaurants are closed down because of the extreme cold. They return only after the winter season is over. However, if you are the adventurous kind and want to experience the chilly weather, you can visit Ladakh.

The Manali-Leh and Srinagar-Leh highways are still open but it is difficult to ride a motorcycle in the cold. Also, the roads get slippery because of black ice, which increases the chances of an accident. If you are planning to visit during this time, it is best to hire a four-wheeler and not travel much. You can choose one location and spend all your days there.

6. Mid-November to March
Ladakh is the coldest between mid-November and March as the temperatures drop to 2°C in the day, which further decreases to -20°C in the night.  Even though the roads are closed, you can travel there via an airplane and take on one of the famous treks of Ladakh. The Nubra Valley Trek is the prettiest of all and is filled with lakes, purple mountains, and white sand dunes that make the perfect backgrounds for clicking Instagram-worthy photos.

Also known as the teahouse trek, the Markha Valley Trek dips slightly into the Hemis National Park, where you stay for a couple days to spot snow leopards, Himalayan bears, and wolves. The Chadar Frozen River Trek is the biggest attraction as you get to trek on the frozen Zanskar river and visit nearby villages where you get to taste local delicacies and interact with the residents.

The trek is not for the weak-hearted because the daytime temperature can drop below -10°C. It is also during this period that Tso Moriri and Pangong Tso Lake change colors daily from blue to green to white. On your trek, you will see different small lakes that freeze in December, allowing you to walk on them freely.