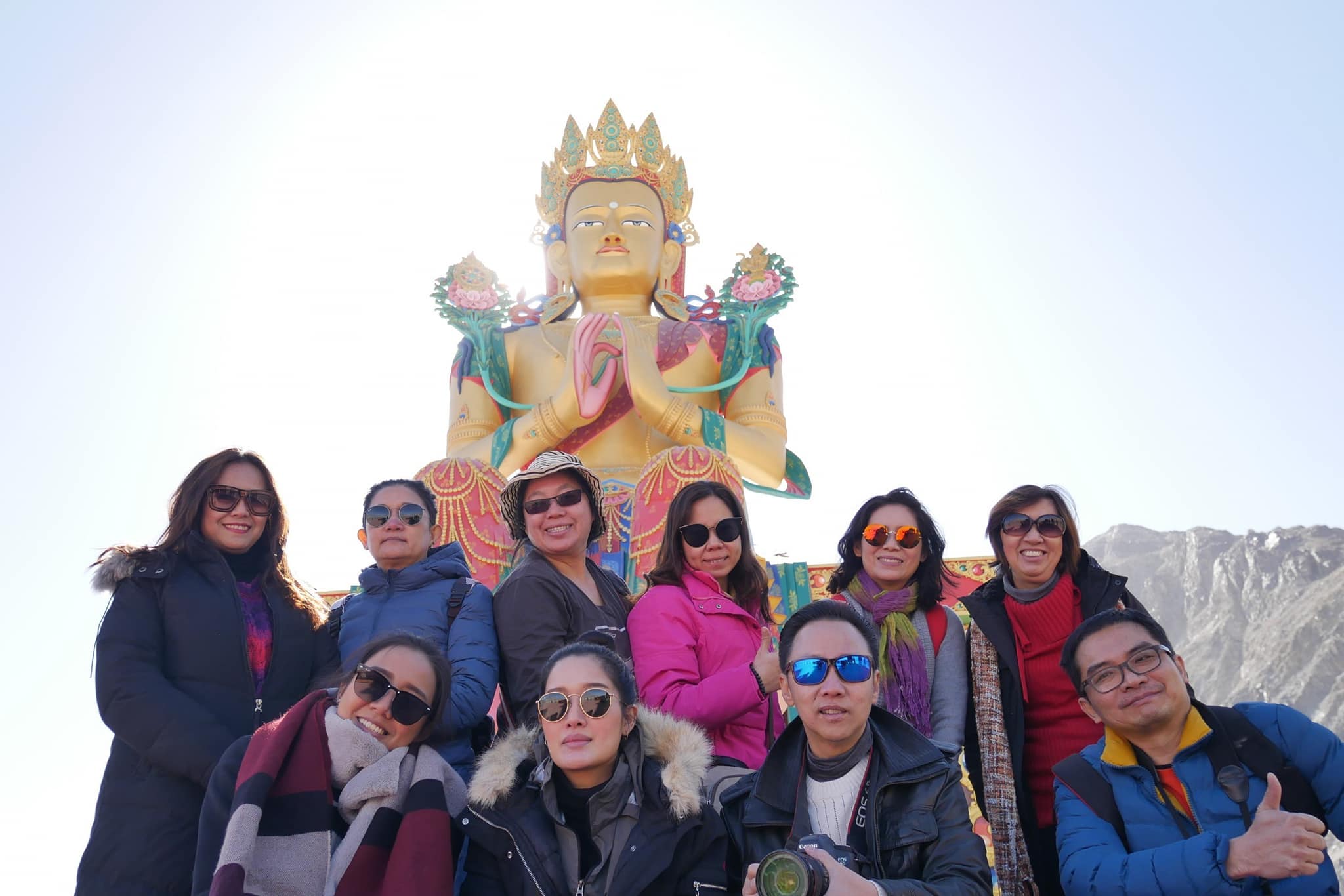 Located 45 kilometers from Leh, Hemis Monastery is a Himalayan Buddhist monastery belonging to the Drukpa Lineage. The monastery was constructed during the 11th century but the ruins were refurbished in 1672 by Sengge Namgyal, a former Ladakhi king of the Namgyal dynasty. The best time to visit Hemis Monastery is during the annual Hemis festival that is celebrated in the honour of Padmasambhava in June or July.

Also known as Guru Rinpoche, Padmasambhava was an 8th century Buddhist scholar from the Indian subcontinent. He is sometimes referred to as second Buddha because he has a lot of followers in Bhutan, Nepal, Tibet, and Himalayan states of India.

The Hemis Monastery is painted in an interesting mix of rich colours that are very fascinating to see. The location where the monastery is built is considered to be the retreat center of Tshangpa, the Lord God. It was earlier believed that he came would come there and practice sadhana.

At the entrance of the monastery, you can see two tall statues of Guru Rinpoche and Lord Buddha. The monument has a small museum that consists of several ancient relics and religious paintings, carriers, a stuffed vulture pup, weapons, and statues of Buddha.

The Hemis festival is a two-day event hosted on the 10th day of Tse-Chu, a month from the Tibetan Lunar calendar. Locals perform Chham Dance, which the locals perform wearing masks and traditional colourful costumes. Monks of the monastery wear long gowns and a headgear, each of which have a deep meaning behind them. They make a sculpture out of dough, which represents all evil forces of the year. At the end of the festival, the head of the Black Hat dancers destroys the sculpture, pieces of which are thrown in four directions as a way to cleanse everyone around.

How to Reach Hemis Monastery

You can either take a bus, hire a cab, or rent a two-wheeler to visit the monastery. It will take you three hours to tour the entire place and interact with the monks and locals. Hemis Monastery is open from 8 am to 1 pm and from 2 pm to 6 pm on all days of the week. You will have to pay INR 100 per person as entry fees.

After you visit the monastery, visit the many restaurants around and try the delicious thukpa, momos, and apricot jam sandwiches. You can also visit the Hemis High Altitude Wildlife Sanctuary, which is 40 kilometers from the monastery.