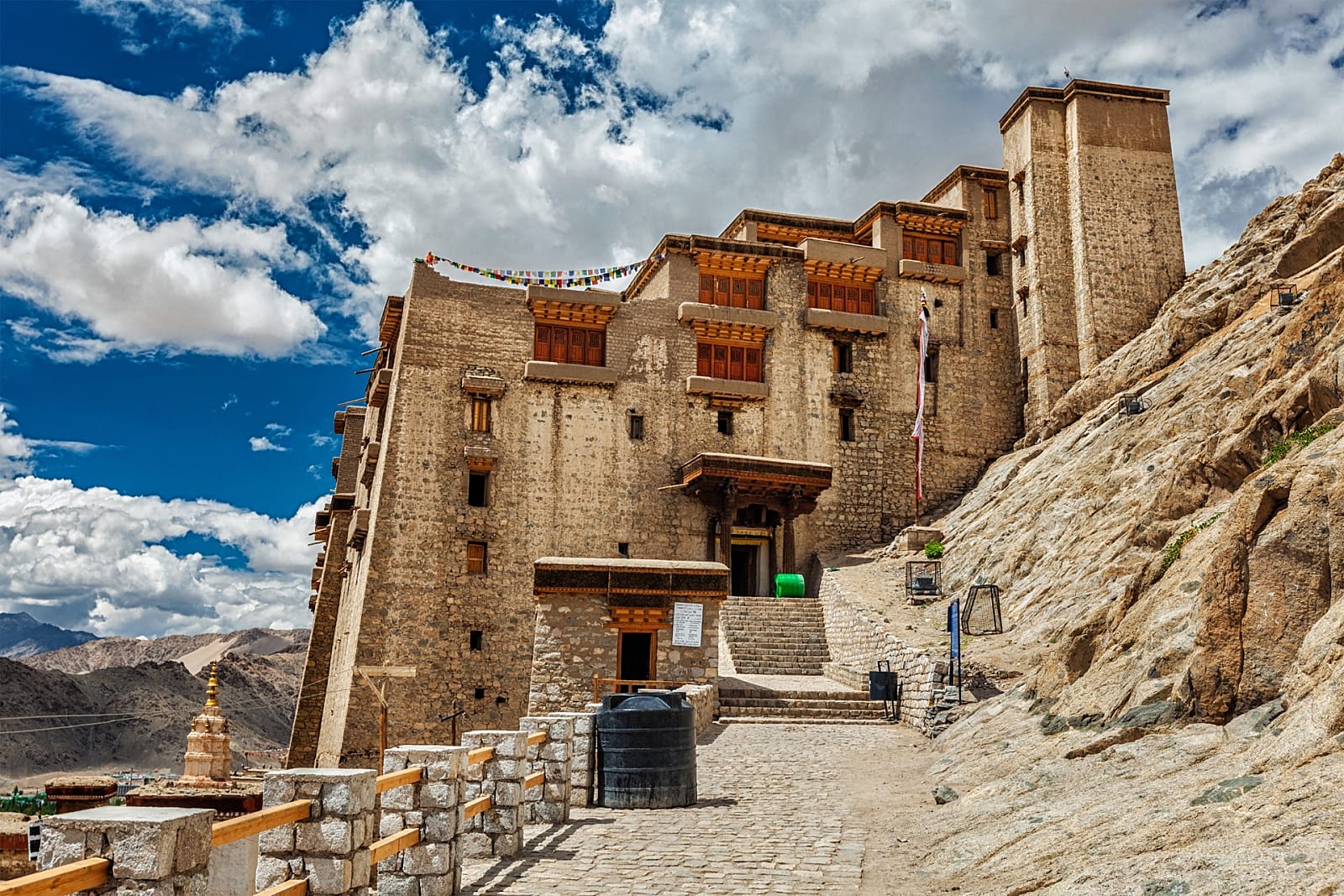 Leh Palace is a beautiful nine-storey palace built in the 16th century by King Sengge Namgyal. The royal family occupied the top floors, while the lower ones were for horses, staff, and consisted of store rooms. They had to vacate it during the Dogra Invasion of 1841 and move to Stok Palace but never returned to their former residence.

Its architecture is very similar to Potala Palace of Lhasa and a wonderful example of medieval Ladakhi art. Today, the Leh Palace is considered an important part of Ladakhi history and a must-visit for all those travelling to Leh Ladakh.

Revisiting the glorious Ladakhi past

Currently under the care of Archaeological Survey of India, the palace displays a vast collection of royal treasure including the 450-years old Chinese thangka or paintings. Crushed and powdered stones and gems are used to paint them, which imparts bright colour that stay the same forever.

The Palace Museum is home to a variety of ornaments, jewellery, crowns, and ceremonial dresses that formerly belonged to the royal family. Visit the Namgyal Stupa, which is located at the base. Other points of interest inside the palace include Chandazik Gompa and Chamba Lhakhang, which is a medieval mural belonging to the 15th century. Keep an eye out for 16th century wood carved figurines in the alleyways. Most of them decapitated but still very amusing to see.

When you visit Leh Palace, make sure also visit Victory Tower, a monument to honour the Ladakhi soldiers who fought brilliantly during the Dogra invasion. Locals believe that all walls of the palace were covered in colourful murals but they were discovered during the invasion. It overlooks the entire town of Leh and offers an uninterrupted panoramic view of Stok Kangri mountain of the Zanskar mountain range. You can also see a part of the Indus basin from the top floor.

A place worth visiting

Leh Palace is open from 8 am to 5 pm on all days of the week. Indian nationals have to pay INR 15 and foreign nationals have to pay INR 100 as entry fees. It is only 2.4 kilometres away from Leh city centre, so you can hop on one of the continuous buses operated by J & K State Road Transport Corporation or hire a cab to visit the palace. It will take you around two to three hours to visit all parts of the palace, so visit in the morning or afternoon when there’s plenty of sunlight. The best time to visit is during the summer season from April to September.