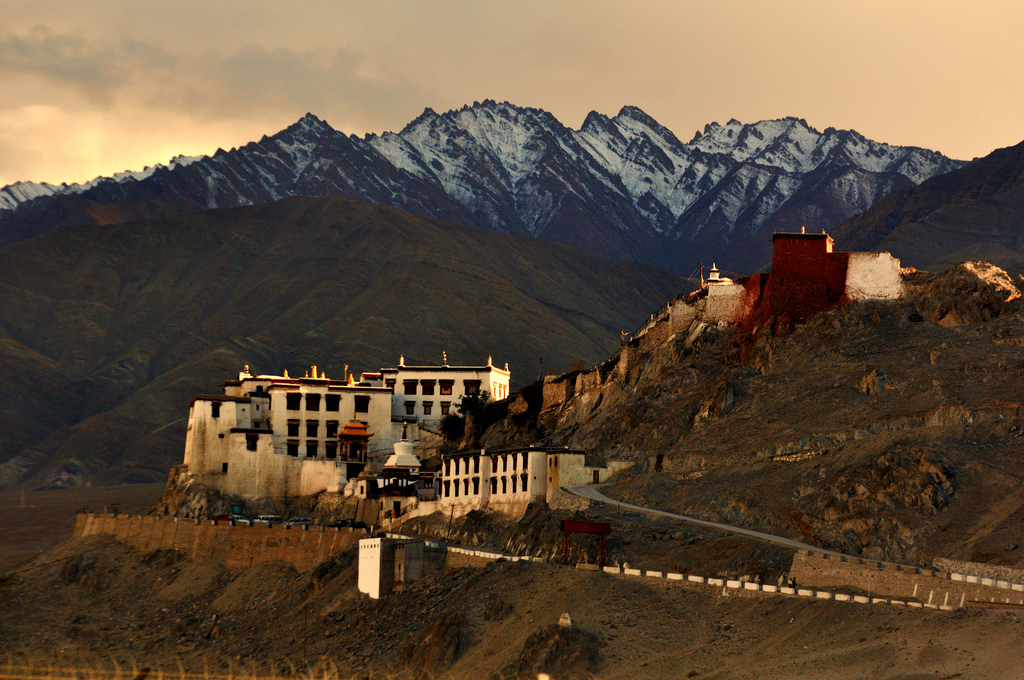 Built in the 11th century by Lha Lama Changchub-od’s elder brother, Od-de, Spituk is one of the most arresting monasteries in Leh district, Ladakh. Overlooking the pristine Indus river that flows nearby, Spituk is located atop a hill, 18 kms from the main Leh city on Srinagar road. The site of the monastery was earlier blessed by the Arhat Nyimagung.

Famously known as Spituk Gompa or Pethup Gompa among the locals, the monastery offers a bewitching view of nature to its visitors.

Translator Rinchen Zangpo had announced during his visit to the place that it would have an exemplary religious community. Hence, the name, Spituk—which literally translates as exemplary.

Tourist attractions at the Spituk Monastery

Spituk is a three-chapel monastery, which plays host to the Gustor Festival that happens in the eleventh month of the Tibetan calendar every year. The three well-known shrines of Spituk are Stok, Saboo and Sankar, which are managed by Skyabsje Bakula Rinpoche’s believed reincarnations.

The gompa is home to 100 monks and a huge statue of goddess Kali. The deity’s face is shown during the local festival period only. The main shrine has an idol of Lord Buddha and a huge throne of Dalai Lama inside.

The Spituk gompa attracts both devotees and tourists worldwide. History buffs love to visit it due to its gigantic collection of antique masks, thangkas (pious Tibetan silk paintings), icons of Lord Buddha, and arms.

The most breathtaking structure inside the gompa is the Skudung Lhakhang, which has somewhat Chinese-looking up-turned corners to its gilt roof. The old dukhang has a yellow-hatted statue of Tsongkhapa (1357–1419). Tsongkhapa was the founder of Gelukpa Buddhism.

The prayer hall also has a Tsepame statue, which is believed to have arisen from the nosebleed of Tsongkhapa.

Jokhang is a small gompa, which is a branch of the Spituk Monastery. The upper Jokhang has a statue of Jowo Sakyamuni with a golden crown. It is said that the statue was brought from  Lhasa after the Chinese invasion.

You must visit the Spituk village during the local festival period, when there is everything happening from traditional dance to prayer and cultural art exhibitions.